About Shirley and Graeme

For many couples entering retirement, the question of aged care seems a distant prospect. But sadly, that choice may be beyond our control. Graeme and Shirley’s story is an all too common reminder of how quickly circumstances can change.

Shirley and Graeme built their life around family, raising their boys in a modest but loving home – united by sport and community. The family’s values of respect and hard work clearly rubbed off – one of their boys joined the police, the other became a solicitor, and soon, grandchildren would bring new light into proud granddad Graeme’s life.

Everything had been going according to plan. Graeme and Shirley were fit and active, and had just moved into a beautiful unit at Henley Beach, when the cruel march of Alzheimer’s disease began. It started small – Graeme would forget things, get frustrated easily – but soon, the warning signs were too frequent to ignore and a doctor confirmed the Alzheimer’s diagnosis.

Initially, Shirley was ok to manage Graeme’s care on her own, with the support from the local Seasiders Day Respite Service. As a fit and healthy 70 year old, Shirley’s stoicism had served her well in the past. But it wasn’t long before Graeme’s conditioned worsened, he shadowed her every move, was easily upset, and Shirley’s own health began to suffer as she struggled to meet her ailing husband’s daily care needs.

It was a heartbreaking decision, but Shirley knew it was time to seek residential aged care. Like most people, Shirley didn’t know where to start, and, when confronted by a mountain of bureaucracy, felt that she might have to sell her unit to pay for Graeme’s care. It was clear she needed expert help.

At Senexus, we hear stories like Shirley’s all the time. We have the expert industry knowledge to find the right aged care home quickly. Within a few days, we found a placement, helped Shirley and Graeme get their legal affairs in order, and helped to reduce their Refundable Accommodation Deposit (RAD). In other words, Graeme would get the best possible care and Shirley didn’t have to sell their unit.

It’s still a tough road for Shirley. Graeme’s care is ongoing and she’s now working hard to get back on track to a happy life, but she says the decision to use Senexus was one of the best she’s ever made. 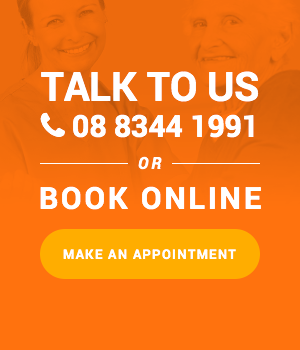 Does someone you love need aged care?

Get the advice you need.